During the years 1974 to 1986, after working as an assistant to Wally Wood, Paul Kirchner created several comic strips such as Dope Rider for High Times magazine and the bus for Heavy Metal. In 2012, Tanibis published an anthologie of the bus strips that was nominated at the Angoulême International comics festival, proving that even a 30-year old public transportation vehicle can take part in a Grand Prix.

In 2013, Paul Kirchner surprised commuters when he decided to start working again on the bus. He fixed the old vehicle up, took it out of the garage and called its iconic passenger in the white overcoat back on duty, waiting to be taken on new, exotic adventures. The bus' unpredictable personality causes him to mimic classic pop culture icons such as King-Kong or Steve Martin while in turn analyzing or teleporting his passenger. And that's only when it's not cheating on him with other commuters.

Kirchner's new ideas are on par with the original strips, proving that his creativity didn't end with the 80's. The crazy cartoon logic of the original strips is still present, and wackiness is the norm. Some details, such as the so-called « smart » phones or the passengers' looks, root the stories in the 21st century, but Paul Kirchner's universe retains a timeless vintage aesthetic that blends eras, lending these new stories a hint of nostalgia.

The bus 2 will be published in hardcover horizontal format identical to the previous collection.

Back in that twilight dimension he calls home, it is rumored that Paul Kirchner is at work on new material for his psychedelic western Dope Rider. After all it seems that the bus' passenger is not the only one who gets caught occasionally in strange time warps…

Parts of the bus 2 material have previously been published in magazines in north America and in Europe. 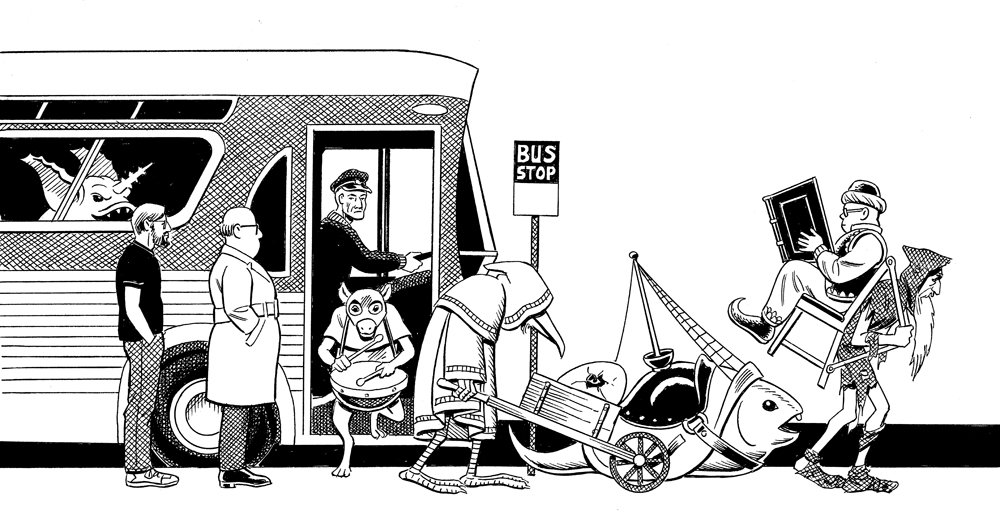 « (…) The Bus 2, like its predecessor, is a remarkably and perhaps unexpectedly human strip. We may often identify with its passive protagonist, thrust into a world that is so often beyond our control—let alone our comprehension—but we can nevertheless dream awake. Are our visions just imaginative consolations in an otherwise mundane life? And if they are, does it matter? »

« (…) Kirchner still draws ludicrous and hallucinogenic phenomena with staid precision, so that even the most absurd happening seems to immediately ‘belong’ to the same deadpan world as common carrier commuters, and thus is the engine of his comedy. »

« (…) The mixture of the simple and the complex produces the tension in the strip that makes each one work so well. Even the ones that aren't laugh-out-loud funny are just enormously satisfying because of their construction, sort of like looking at a Rube Goldberg invention described by Professor Butts. Kirchner's comics have that same beautiful if deranged clockwork quality, like a gorgeously designed set of stairs going to nowhere. »

« (…) the bus is a gem of philosophical cartooning, a near-perfect blend of The Far Side, M.C. Escher, Jorge Luis Borges, and Rene Magritte.  »

You can read 13 pages of extracts by clicking on the thumbnails and navigate with the arrow keys. 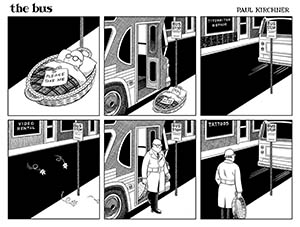 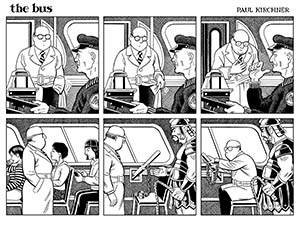 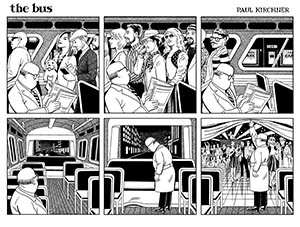 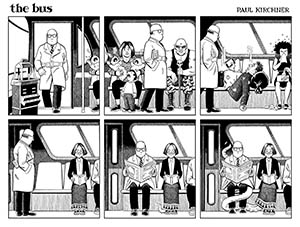 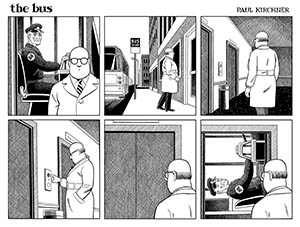 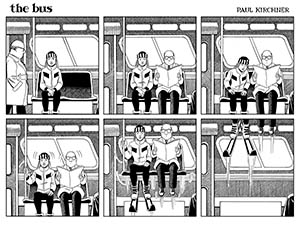 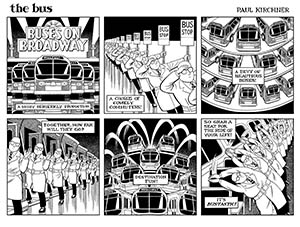 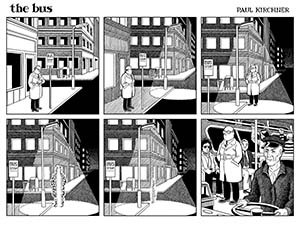 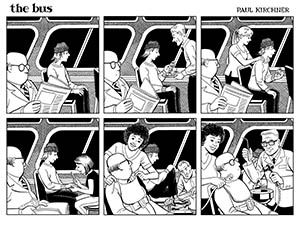 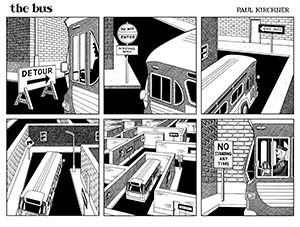 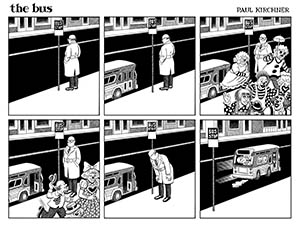 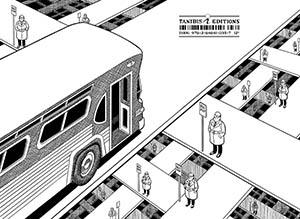 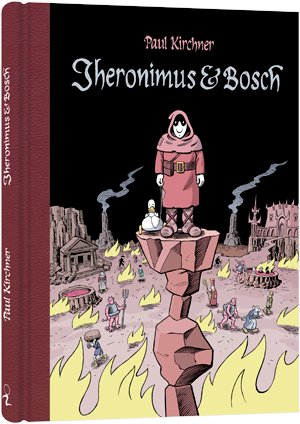 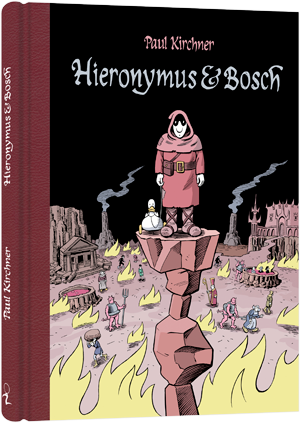 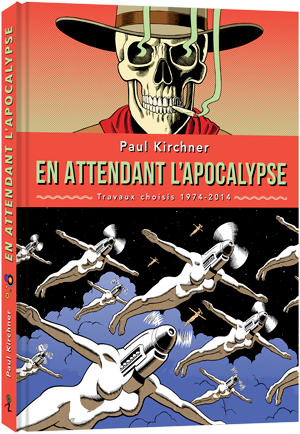 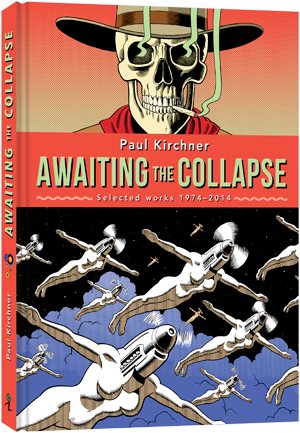 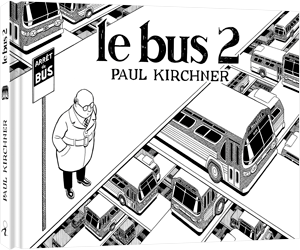 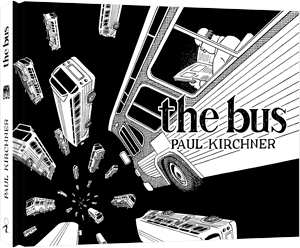 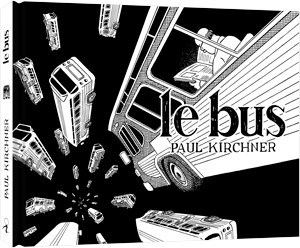 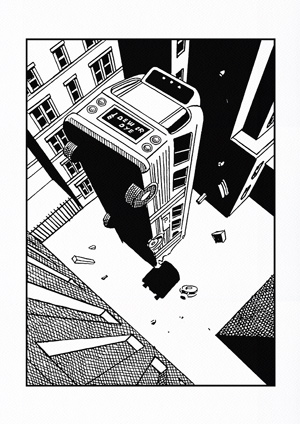 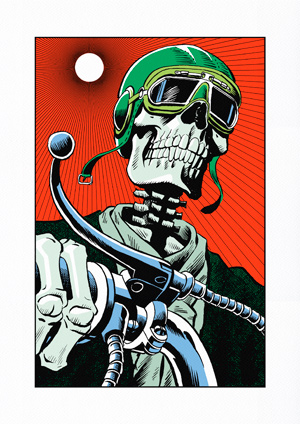 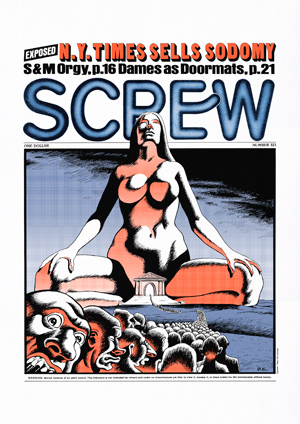 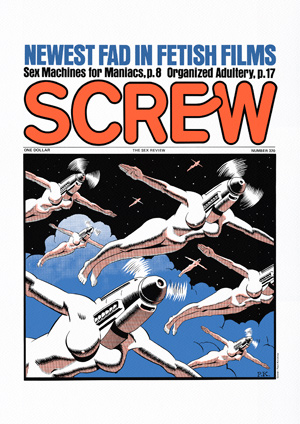 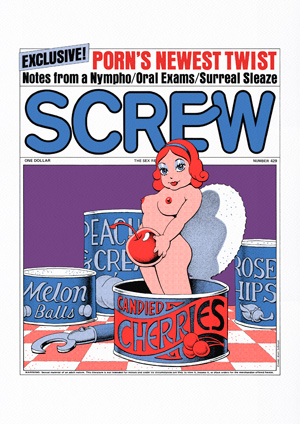 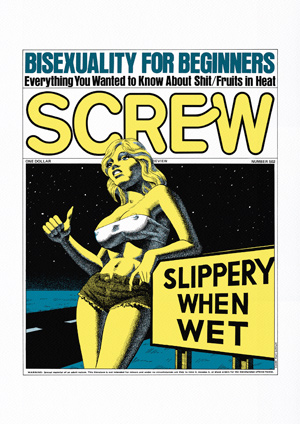 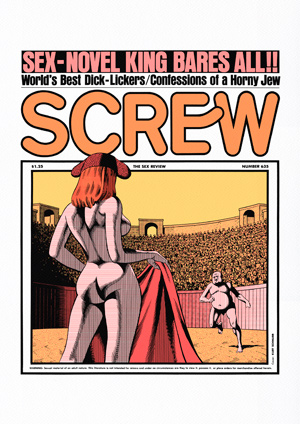